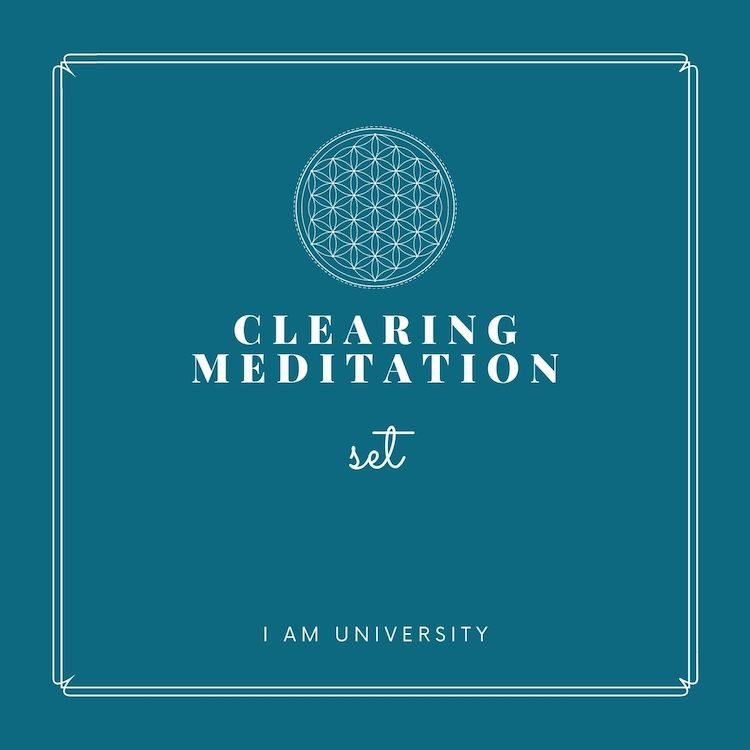 We live in a world of energies. For that reason, when we are born, we each are equipped with a certain quota of energy that is ours to use to be creative and expressive. These energies which constitute the equipment of the incarnating Soul are known as the Seven Rays. Think of the Seven Rays as seven primary differentiations of energy or seven types of energy that have been IMPRESSED by Source with seven specific intentions. Our job is to work with these divinely impressed energies and EXPRESS their Divine intent in the lower atmospheres of the Soul: thinking, feeling and acting.

Now, when we intuit abstract divine ideas, which are the origin and source of all the thoughts we think, we give these abstract ideas form as thought and assemble them into thought forms, we charge them with astral force (thereby strengthening their attraction to the physical plane) and give them etheric/physical substance; and in the process of doing so we distort the divine idea according to our point in evolution and our personal motivations.

You see, as a human family, we are only beginning to awaken to the reality of the Soul. We are only beginning to realize that our current evolutionary goal is to advance into a Soul-conscious species. We don‘t even realize yet that we live in a world of energies. For that very reason, more often than not, instead of using the energies – that are placed at our disposal – to selflessly serve the greater life of which we are a unit, we misuse them for separative purposes. When we misuse the energies, we are unable to express the Divine intent – inherent in the energy – in its purity. Why? Because we condition them with our own separative intent. As a consequence, we end up misqualifying the energies in inappropriate ways. These misqualified energies accumulate as crystallizations in our aura. We intuitively recognize these crystallizations as character flaws, weaknesses and deficiencies. Any and all crystallized energy in our auric field turns into a limitation. However, in order to expand our consciousness to grow into a Soul-conscious species, we need to clear away these limitations because our limitations imprison our very own Soul.

This guided meditation has been created with this very need in mind. In this Ray Clearing Meditation, we will throw a searchlight into your auric field to highlight distorted thought forms, astral forms and etheric forms, containing Seventh Ray energy, that are buried in your consciousness and need to be cleared, devitalized and depleted of vital life energy. You, as the Soul, by virtue of your inherent magnetic powers of attraction, will magnetically draw all the impure personal expressions into their Soul opposite, thereby safely and gently releasing any related buried emotions and taking away from the thought forms the power to influence your consciousness and life. Think of the misappropriation of energy for separative purposes as imprisoned energy. By drawing this imprisoned energy into its Soul opposite, you are releasing the energy from imprisonment in separative form and returning it to Source.

As a consequence – if you keep working with this meditation for a prolonged period of time – you will begin to feel lighter and happier. Why? Because when unserving thought forms are depleted of vital life energy, they disintegrate, and along with them the invisible blocks that have been hindering us and holding us back. And so, as we remove these fear-based thought forms, our automatic emotional reactions that have held us prisoner for so many years (or even lives), will slowly begin to disappear along with them. That is one of the reasons why attending to the purification of the matter – gathered together to form our bodies – is an essential step on the Spiritual path. The Soul is limited, in its expression, by the limitations of the bodies through which it works and expresses itself. This meditation will help you to release some of these limitations so the Soul may more fully incarnate and radiate its divinity out into the world.

Please note: This is a guided visualization exercise. Visualization is not fantasy. It is the ability to direct, move and control our energies in a scientific way.

This Clearing Meditation focuses on the clearing of misqualified expressions of the Seventh Ray of Ceremonial Magic, Divine Law and Order .